A little back story, when I was growing up there were several things I hated. Coconut, shrimp, okra, squash and raw tomatoes. Fast forward oh let's say 30+ years, yeah I know more than that but humor me. I love all of the previously mentioned things. LOVE them I tell ya! Funny how our taste changes over the years.
So I said all that to say this, recently I was introduced to Malibu Coconut Rum, oh sweet mother of pearl! WHERE has this been all my life? Okay, there was the 25 years that I didn't drink a drop of ANYthing alcoholic, so I guess it came out during that time. It is my new favorite thing.
Previously I was a vodka or tequila person. No dark liquor and definitely not a beer person. ICK!
I've been experimenting with the rum and various "frozen" drinks. Just throwing things in my blender and seeing how it taste. Here's the newest:

Orange You Glad (yes, yes I am!)
3 scoops of orange sherbet
6 oz Mango Pineapple Orange blend from Dole
2-3 oz Malibu Coconut Rum
Blended and poured into a chilled glass. You can then sit it in the freezer for about 20 minutes to allow it to thicken up again IF you can wait. Sometimes I make two, one for the freezer and one for, well while I wait. LOL 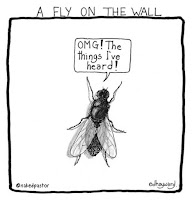 I had to pick up a call at 0530 one morning. It was to a very expensive exclusive condominium area in the historic downtown region of our town.
Upon arrival these two guys walk out and you can tell they are toasted. One comes over to the drivers window and wants to know if I am there to take his friend home. I told him yes.
He says "WOW you're a woman!"
I laughed and said, yes when I got dressed this morning I was and I'm sure it hasn't changed.
Just before I leave he wants me to drive him back up the ramp because he's too drunk to walk up it. Can you hear my eyes roll? I told him no. So then he asks me for a favor.
He says "when you drop my friend off can you give him sex, he's really good"
I said "sir you have called the wrong company, that is a service that we do not   provide".
He says "well can't blame me for trying" (actually I can)
OMG are you kidding?!?!
On the way to drop him off, he says "what did my friend ask you?"
I told him and he was very apologetic and says "I'm too drunk anyway"
Good grief (hear my eyes rolling?).
I asked him for the address and he says "I can't remember but I know where it is".
Great...
We get close and he says "it's a dirt road up here on the left and runs deep into the woods by the river, I promise my house is down here and I won't hurt you"
Again...great.
I said "well 1 you're drunk, 2 I'll cut you, 3 I promise if you try anything you'll regret it forever"
He says "I promise I'll be good"
Lort habe mercy(in my best Madea voice) these early morning drunks. Thankfully these type of fares are few and far between. 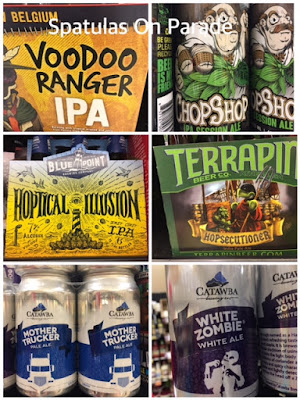 So I'm in my local grocery and see a new display. Local beers, having dealt with the sloppy drunks the other morning I stop to look at them. I had to take photos to share with you. Would you drink these based on name only?
VooDoo Ranger
ChopShop
Hoptical Illusion
Terrapin
Mother Trucker
White Zombie

My friend Becky posted on FB...she's at the grocery with her grand-kids in line and she says "WHAT?"
she said, my hearing must be going because I swear she said "which bitch is skinnier" when what she really said was, look at the fidget spinners.
LOL 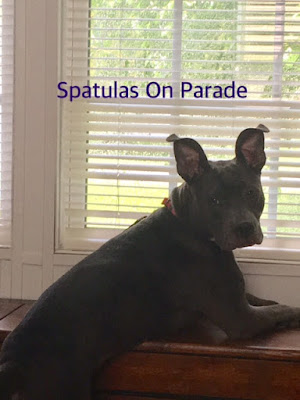 Athena, my grand pup. LOOK at those ears!! she looks like a bat! But she is the sweetest pit baby ever. 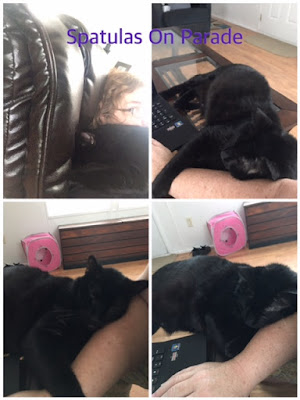 Beau, my big love bug. You can tell I've worked a LOT of hours lately. I come home and he literally wraps around me. Poor kitty.

My co-worker and I are super close. He is a great guy. 31 yo same as my oldest son and they actually went to high school together. His wife says I am his "work wife" which is funny because I was thinking he was my work kid but anywho.
He comes in the other week telling me about his daughter. She just turned 5. A few funnies she has said lately.
"Daddy, pee eww, the dogs ass stinks"
"Daddy, did you see Shadow?! He's licking his butt!" YES honey, that's why I tell you NOT to let him lick your face. "OMG Daddy that's nasty!"
"No Daddy I can't pick up my toys, it's too exhausting".
Gotta love kids.

My middle son comes home from work furious. He says there's this little old woman that comes in the store all the time and always gives him a tract. (religious pamphlet) So he's stocking shelves and down in the floor on his knees filling the lower shelf. She walks in and goes straight to him. She says "Son while you're down there why don't ya do some praying".
NEVER judge a book by it's cover. Yes he is covered in tattoos, 27 to be exact, yes his ears are gauged to over 1 inch, yes he has 6 facial piercings BUT he has a heart of gold and will do anything for his friends. He is a very sweet, kind hearted, loving young man. Her attitude will not allow her to see this. Very sad.

Buzz around, see what you think, then click on these links for a peek into some other homes: 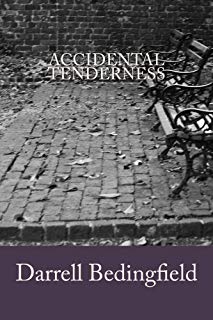